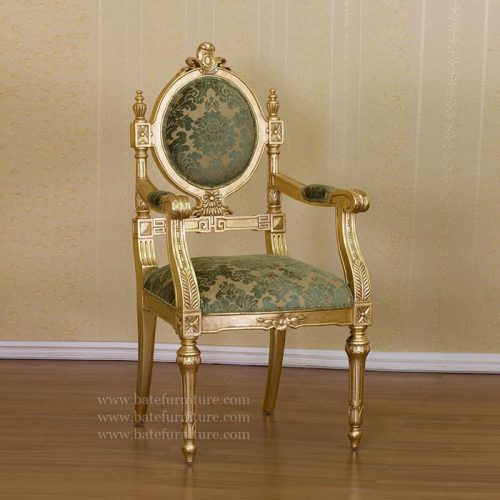 The Baroque is known as a splendid furnishing style from the postwar period. Many stories revolve around antique furniture, which flourished especially in the 1950s. Probably the best-known piece of furniture from this characteristic interior design style is the living room buffet.

Presumably, the term  Baroque originated in the 1920s. However, this significant style of furnishing in the German population became known only in the 1950s. With the beginning of the post-war period and the newly gained prosperity of the German citizens, the desire for comfort and comfort in their own four walls grew. The bulky, but characteristically decorated and ornate pieces of furniture of the Gelsenkirchen Baroque brought comfort to the people and presented the improved living situation to the outside. Furniture in the style of the Gelsenkirchen Baroque is based on the antique baroque of the 17th and 18th century ornate. As a rule, the pieces of furniture were made of dark shiny wood with a strong grain, often walnut. Curved legs and ornate brass handles on cabinets and drawers are further typical features of the Gelsenkirchen Baroque. In addition, this style of furnishing has been widely used with brocade fabrics, often with large area patterns. The fabrics were used for curtains, pillowcases and many other home textiles.

The living room buffet became the best-selling piece of furniture

Today, the Baroque with its many ornaments is often regarded as overladen and cheesy. A particularly typical piece of furniture that could be found in almost every German kitchen is the living room buffet. The living room buffet is a huge kitchen unit, which is immediately recognizable by its oversized dimensions. The design of the massive piece of furniture was based on salon furniture of the late 19th century. The living room buffet brought a lot of storage space in the kitchen. Many compartments, sheds and often even an integrated refrigerator made the huge glass cabinets practical everyday furniture. Not infrequently, the heavy curtains of brocade were used as an ornament here. Living room buffets were mostly made of high-gloss walnut veneer and about 2 meters wide and 1.70 meters long. Even today you will find these massive kitchen cabinets still isolated in apartments. They are wonderfully suited to combine an antique style of furnishing with a modern ambience today.