Home / Kitchen / Compact kitchens offer a lot of function in the smallest space! 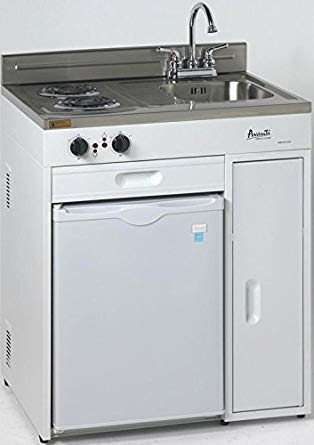 Compact kitchens offer a lot of function in the smallest space!

You have little space and still want a fully equipped kitchen? Try a practical one compact kitchen, The small kitchen includes built-in and electrical appliances in a confined space, thus offering you a variety of functions and yet takes up little space. Since the compact kitchen is ideal as a kitchen for a single apartment, it is often referred to as a single kitchen. Originally, however, the small kitchen was rather in student apartments, which simply lacked space for a fitted kitchen. In addition to single and student apartments, the mini-kitchen is also increasingly being used in the office or in holiday apartments. In companies, the mini-kitchen serves as a cupboard or tea kitchen for cooking tea, coffee and a small snack for lunch, while the apartment conjures up entire menus in the compact kitchen. Before deciding on a single kitchen, you should think about which electrical appliances to include. From hob to microwave to the dishwasher everything is possible.

Share
Previous Cozy style has a name: country house furniture
Next Create with kitchen cabinets storage space in the kitchen!
Powered by WordPress | Designed by TieLabs
© Copyright 2021, All Rights Reserved