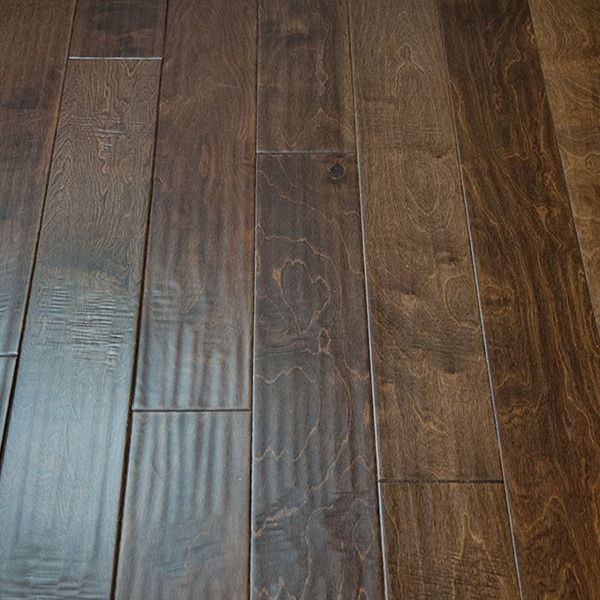 Advantages and disadvantages of birch wood

Due to its light color and a high degree of flexibility, birch wood is ideal for the production of furniture and parquet. Due to its properties and high availability, birch wood is also often processed into plywood. The largest birch occurrences are found in Northern Europe and Russia. But also in North America and Asia there are birch species which are native there. In total, there are over 50 different types of birch, whose wood can be used. Birch wood for further processing is produced primarily in Finland and Russia. The highest quality birch wood comes from these countries.

Birch wood has a very light color, depending on the type of birch, the color can also turn reddish or yellowish. Generally, the wood of birch darkens very quickly. The grain of birch wood is rather subtle and usually consists of barely visible lines, which are very bright. But there are also birch wood whose grain is flamed, or has the so-called Eisbirkenmuster. This is similar to the appearance of frost flowers. Birch wood with this grain, which is created by irregular fibers, often comes from Finland. When birch wood is interspersed with red patches, this is mostly due to insect infestation, which is not particularly resistant to birch wood.

Since birch wood is very vulnerable to external influences such as fungi and insects, it is primarily suitable for indoor use. Birch wood is a very hard wood that is difficult to split but otherwise easy to work with, as it is very light. The surface of birch wood, which shines silky when smoothed, can easily be treated with varnish and varnish. Often birch wood is stained dark and used as a substitute for woods such as walnut or mahogany. As it has good resistance to contact with water, it is also often used for wooden structures under water. Another special feature of birch wood is the great elasticity that makes it very flexible. But what causes birch wood is not very sustainable.

In addition to the mentioned applications as wood for furniture or parquet floors, birch wood is also often used for food packaging such as boxes and barrels. Due to its low odor, it is ideal for this purpose. Since birch wood is a domestic wood and is present in sufficient quantities, the prices for birch wood are also rather moderate and it has a good environmental balance compared to other types of wood.